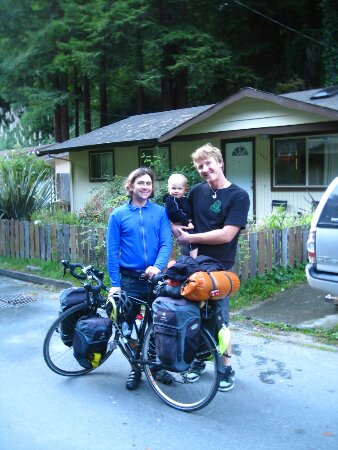 Dallas, Felix and Mike in Arcata

After such a long day of riding, Dallas and I slept in at his cousin’s house and enjoyed a relaxing home-cooked breakfast while playing with Mike and Toni’s son, Felix.  Mike brought us on a walk through the Redwood Park and Arcata Community Forest, and then we went out for lunch and ice-cream in town.  It was a much needed day of rest, since our limbs were still aching when we finally did hop onto our bikes again.  It was after 5pm when we left Arcata, so we didn’t make it too far today.  We’re spending the night in Eureka and hoping to cover more distance tomorrow.

Day 3 – Monmouth to Corvallis, OR 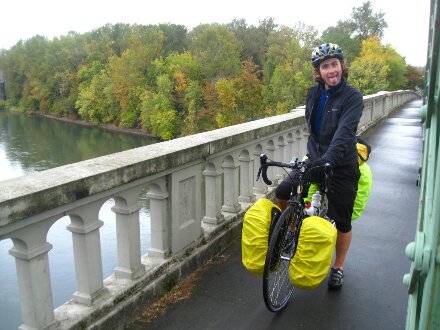 Dallas and I didn’t make it very far today, in spite of our early start.  We were on the road by 8am!  Neither of us slept very well in the tent the night before.  As I was trying to fall asleep, I kept hearing what sounded like fireworks going off sporadically in the distance, with no discernible rhythm.  This sound went on for hours.  Then, I must have actually slept a little bit because I remember both of us being woken up by the sound of howling in the distance.  Maybe coyotes?  We were awoken a second time by the howling a bit later, only this time it was MUCH closer.  Like, right outside of our tent.  Dallas asked me if I had my pepper spray near me.  Terrified, we lay there hoping it would go away.  That night I dreamt that I had to use my pepper spray – on a hitchhiker. 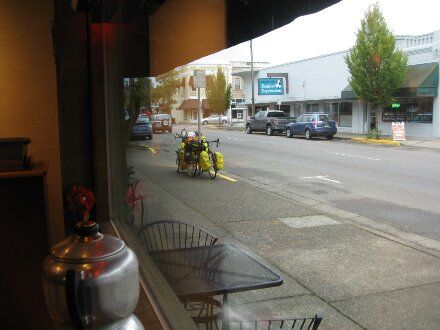 We were packed up and on the road before daylight really filled the sky.  We finally met back up with the scenic bikeway about 7.5 miles into the ride.  Here, there was a convenient cafe that offered breakfast sandwiches, quiche, and coffee.  I figured we would stop briefly to refuel and then be on our way to Eugene, but once settled in, we ended up staying for about 2 hours!  (Dallas’s excuse was that his coffee was still too hot to drink).  Here is where our luck seemed to have run out.  The weather forecast for the day included lots of rain and possible thunderstorms.  We were both tired, and we didnt want to end up stranded somewhere in the middle of farmland, 20 miles from the nearest cover when the storm hit.  Since we didn’t sleep well on the ground the night before, we decided to splurge on a cabin rental at the nearest KOA campground.  This was just an 8-9 mile bike ride from where we were, and we would be safe from the rain. 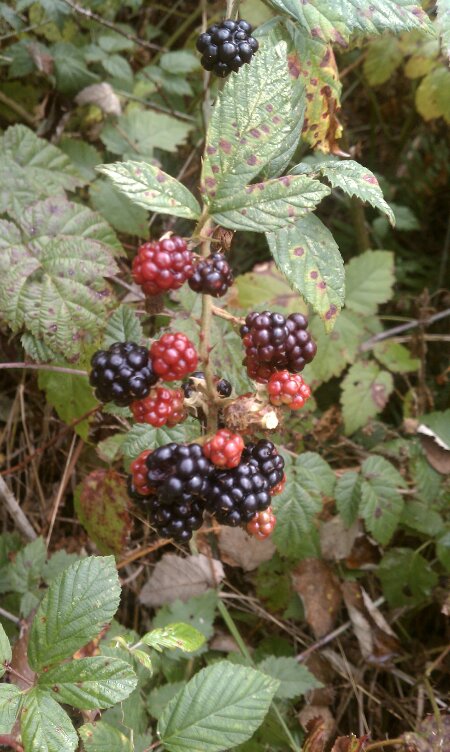 Upon arriving at the KOA, we unloaded our bikes and made ourselves home in the cabin.  First order of business was showers, then laundry.  Food options at the KOA were rather limited, so we ordered a pizza.  Then we went for a walk on their “Nature Trail” – a short loop around various trees and blackberry bushes.  Back in the cabin, we will rest our legs for the remainder of the evening.  It barely sprinkled while we spent our day lounging around the campground, but Dallas assured me that just 30 miles south of us it was probably stormy and miserable.  Let’s hope so anyway.