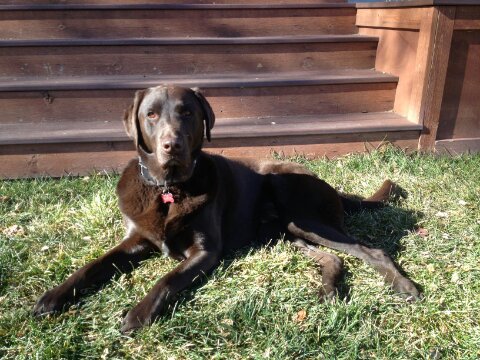 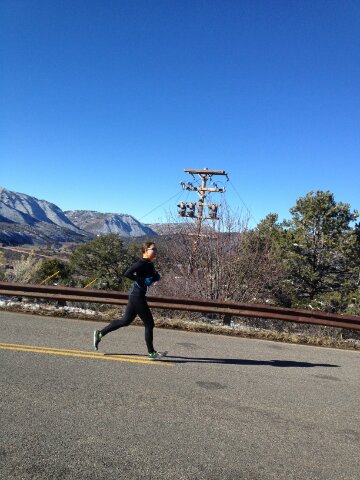 I started my morning off with a 5 mile running race, the Durango Turkey Trot.  This was my first race since the Klondike Road Relay in September, first 5-mile race since August of 2012, and first ever race at high altitude.  I didn’t do that badly, for having lived my whole life at sea level until last week, but I did feel noticeably out of breath earlier than I would have liked.  Dallas couldn’t run today, but he did bring the chocolate lab, Charlie, and both of them stood around to cheered me through the race. 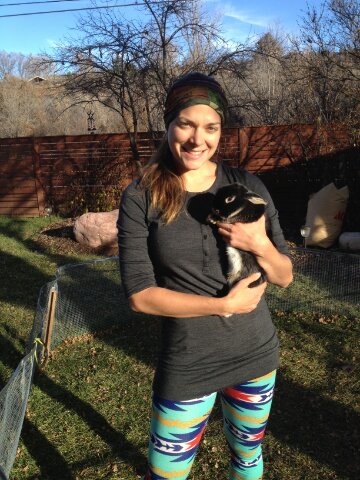 After the race, we cleaned ourselves up and walked over to a community Thanksgiving dinner at the Plata County Fairgrounds, where we were given a full Thanskgiving meal for free!  Hundreds of people sat at long tables inside a large room, with volunteers serving food, buffet-style, from the tables along the side by the entrance.  Dallas and I found two empty seats on the other side of the room, between the table with all the pies and the band (but much closer to the pies).  The average age of attendees was much higher than our ages, but the people were all very friendly. 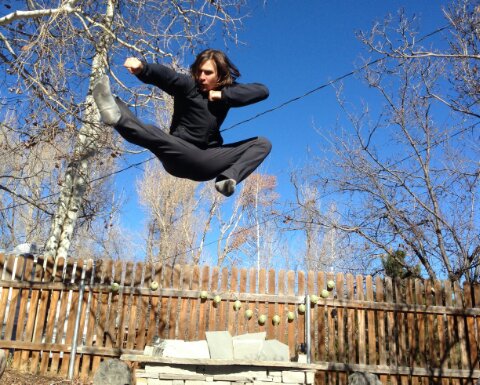 We walked back and spent the rest of the day lounging around the house, making food (including pumpkin waffles and pumpkin egg nog!), napping, playing with the pets, and studying languages on Duolingo.  The house where we’re pet sitting has a trampoline in the back yard, and today the sun had finally finished melting off the last of the snow that was covering it since the first snowfall.  I hope everyone else had a nice holiday, if you celebrate it – and have a great weekend!

Posted in Races, The space between