Since returning to Rhode Island, I have resumed my involvement with the Rhode Island Bicycle Coalition so I can try to be a better bike activist.  My timing was such that I was able to attend my first National Bike Summit in Washington, DC this year, and RIBike reimbursed my registration fee!  It was very exciting to be surrounded by so many like-minded cyclists and advocates from around the country.

Fortunately, I was able to use the credit from the flight I missed in January (from Denver to Detroit) towards a round-trip ticket to Baltimore, with credit to spare – I have one dollar remaining to use towards a Southwest flight this year.  My cousin, Rosheen, was kind enough to host me on Sunday night at her house in Annandale.  Thinking I was escaping the brutal winter we had been having in Providence, I was in for a big surprise on Monday morning.  By the time I was ready to leave the house, the snow was piled up so high on each of the front steps that it was level with the step above it.  The buses were all shut down (along with the Federal government) for the entire day, so what would have been a 2-block walk to the bus stop turned into a 5.2 mile walk to the nearest metro station.  At least there wasn’t a lot of traffic.  The snow was so deep that I walked on the street for most of the walk, while big, wet snowflakes were blown straight into my face by the icy headwind.  Two hours later, I reached the metro station, drenched in sweat, and subsequently chilled off sitting on the almost empty train while the passenger across from me informed me that I had hat hair.  I was already very late to the first day of the summit, and off to a not so great start.

Eventually I reached the Renaissance hotel, picked up my registration materials, and realized that the meeting for first-timers was in an hour.  I considered waiting around in my many layers of sweaty clothing for this meeting, but then pictured myself having to sit next to people, dreading the feeling of being the smelly kid in a crowded room.  So, I moved on, back outside and onto another metro to bring my belongings to my friends’ Tobias and Michelle’s house and use their shower.  These friends moved from Providence two summers ago, and I have missed their cooking.  Monday was the day for the Women’s Bike Summit, for which I hadn’t registered, and bulk of the summit started on Tuesday, so I would start my day fresh from there.

Tuesday was a day full of speakers and panels, including a lunchtime plenary session. After the 30-minute metro ride from Tobias and Michelle’s house, I was only a little bit late to the opening plenary talk, which included Douglas Meyer from Bernuth & Williamson, who presented us with useful data on the perceptions of cycling followed by newly elected mayor Bill Peduto of Pittsburgh, who gave us hope for cycling in any city in the US by showing how he has already helped to improve cycling conditions in Pittsburgh. After this, we were free to choose between 6 break-out sessions that went on simultaneously from 9:30-10:45 and another 7 sessions from 11:15-12:45.

For the first session, I ended up at the same one (“Quantifying Bike Benefits”) as Jen and Bari, from RIBike and Bike Newport, respectively. The first panelist was from the US DOT and discussed how they decide who gets funding for the TIGER grant (which just opened up for a 6th round of funding). The second man was from Massachusett’s Green DOT program, and he described the state’s recent efforts to support bicycling and their lofty goals for the future of cycling.

The second panel I attended, aimed at bike dealers, was titled, “Retailers Best Practices for Advocacy”.  We heard local bike shop owners from around the country discuss how they have advocated for cycling in their communities, whether by sponsoring local races or by showing up to town meetings to ask for more bike lanes.

During lunch, we heard from US Secretary of Transportation Anthony Foxx, a wonderfully refreshing speaker who really cares about giving bicyclists more attention nationally. He understands that cycling is about more than getting some exercise on a Saturday afternoon, and he emphasized the importance of bicycling for getting people to work and strengthening the economy. We also heard from John Cayer from Kimberly-Clark, who announced the 2014 National Bike Challenge. This is exciting to me, since it relates to my master’s thesis topic, which explored strategies for encouraging more people to commute by bicycle.

The last break-out session of the day for me was also very relevant to my master’s thesis, and I even recall researching the very companies that the speakers were representing. The panel consisted of people who worked for companies that were awarded Bicycle Friendly Business status by the League of American Bicyclists, and each of the panelists presented on what their companies were doing and how they earned their designation as a Bicycle Friendly Business. Companies included The World Bank in DC, 3M in St. Paul, Minnesota, National Geographic in DC, and PayPal in Omaha, Nebraska.

Before leaving for the East Coast Greenways Alliance (ECGA) reception, the three of us from RI met as a state (along with all the other attendees, separated by their states) and listened to advice from advocacy guru Stephanie Vance as she instructed us in detail how not to embarrass her when we went to lobby at the Senate. 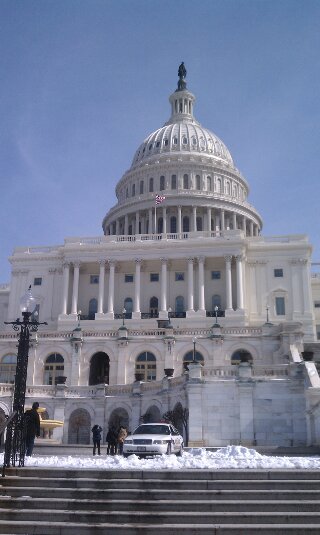 Wednesday was lobby day, and the Rhode Islanders met up that morning for breakfast in Union Station before heading to our first meeting. There were six of us that day, as ECGA’s Eric and Molly (whose flight had been canceled on Monday) arrived by train the previous evening and we were also joined by Richard Fries, the race director for the Providence Cyclocross Festival. All of our meetings went splendidly well, and we felt a little bad for the advocates from states like Texas, who not only had to coordinate exponentially more meetings than we did, but whose Senators and Representatives were more likely not going to be on board with bicyclists’ interests. However, I don’t believe the three bills we were asking Congress to support were too much of a stretch for anyone to see their benefits. The Bicycle and Pedestrian Safety Act, the Safe Streets Act (aka Complete Streets) and the New Opportunities Act all aim to increase safety for vulnerable road users, and none of them require any money to be budgeted toward them.  Another ask we included was for our congressmen to join the Congressional Bike Caucus, provided they weren’t already a member. Our first two meetings were at the offices of Senators Sheldon Whitehouse, who met with us in person, and Jack Reed, whose aid met with us. In the afternoon we met with Representatives Jim Langevin and David Cicilline. We were lucky enough for Cicilline to step outside of a voting session to talk with us personally for a few minutes. All four meetings went well, and I think our asks were largely supported. 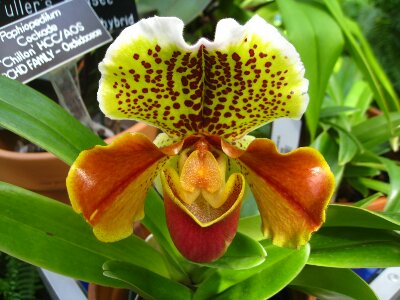 On a side note, in between meetings with the senators and representatives, Eric, Jen and I stepped into DC’s Botanical Gardens for a moment, where there was an orchid show going on. I had never been to a botanical garden like this before, and it was incredible. I highly recommend it for anyone visiting DC. In fact, when looking back at my camera at photos over the past week, this was the only place where I had taken any photos.

I learned some important tools for advocacy at the bike summit, and I’m excited to put them to use. I felt like I was receiving similar messages in all of the presentations. For example, it’s important to have a plan if you want to get support for bicycle infrastructure. Funding is much more likely if you already have a well thought plan for action, and you are almost certain to be turned down for a TIGER grant if the main focus of your plan is not transportation (it is in the name, after all). Recreational purposes are important but not the purpose of the TIGER grant. From the second panel I attended, I learned that advocacy and local bike shops depend on one another for survival. To get more people cycling, you need to support your local bike shop and make good bikes (and service) available locally. And of course, bike shops need people to want to ride and buy bikes. When bike shop owners become invested in their customers by helping them to create and achieve their goals, they ultimately will sell more bikes! 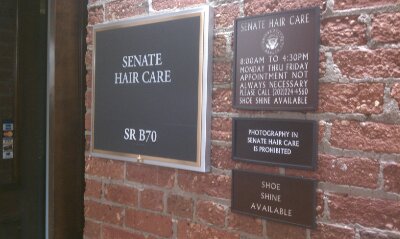 From the very beginning, the bike summit was full of positive energy, and it left me with an even more positive outlook and plenty of hope that we are well on our way to overcoming the challenges of empowering and providing access for cyclists in this country. My only disappointment lies in that it was so hard to choose between the many break-out sessions, and I wish I could have attended all of them!

Posted in Rhode Island, The space between