Medellín for the holidays

We came back to Medellín on Christmas Eve, a day that people celebrate by getting pigs drunk and then chasing them around the neighborhood before slaughtering them to roast outside. We arrived too late to participate in this ceremony, but the music, drinking and dancing went on all night. We walked around Lenin’s neighborhood for a while, visiting his friends and family. 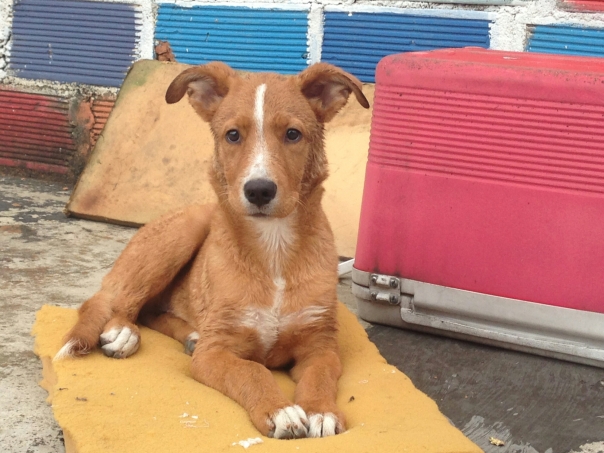 Meet Churro, a happy and curious mutt who loves to play, run, and eat meat

​The next day, while walking to the market to get vegetables, I noticed a dog staring out the window of a veterinarian shop. On the way back from the market, I pointed him out to Lenin. We went inside to say hi, and four or five other dogs came to greet us. The one puppy who was most friendly with me was a mutt that they had rescued from the street, and the man told us he was free for adoption. We stayed and played with all the dogs for a long time, but in the end, I couldn’t leave without this puppy. The man in the shop gave us a leash, harness, two toys and a bag of dog food, and we left with our new dog. 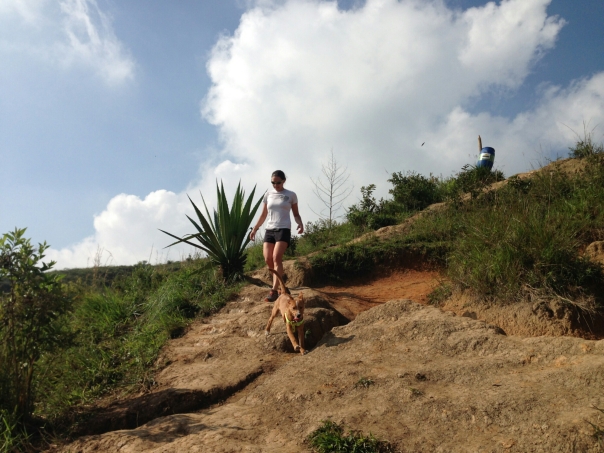 Churro is much faster than me at hiking, and this is only his first hike!

​We named him Churro, and we immediately fell in love with him. He was quiet, smart, easy going and affectionate. He was only about 5 months old and had innocent eyes and big ears. Churro was very motivated by food and easy to train. Within the first week, we had taught him to sit, give his paw, roll over and jump.

Not only was Churro a fast learner, but he was athletic as well. He loved to run, and he was fast. We took him up to Tres Cruces and down again in record time. Our grandest adventure was a hike from La Sierra in Medellín up to Pan de Azucar and on to Parque Arví, where Churro discovered swimming for the first time. Every new experience for this puppy was a joy to watch.

After a week of taking Churro on adventures within and around Medellín, we were itching to get back on our bikes and explore more of Colombia with him. Lenin’s brother, Edwin, had a bike trailer that he had bought in the US to take his daughter biking, but he never used it. It took a few asks, but eventually he agreed to sell it to us. The day after New Year’s Day, we set off on an indefinite journey to ride our bikes with Churro around Colombia.

Posted on 13 March 2017, in Colombia, The space between. Bookmark the permalink. Comments Off on Medellín for the holidays .