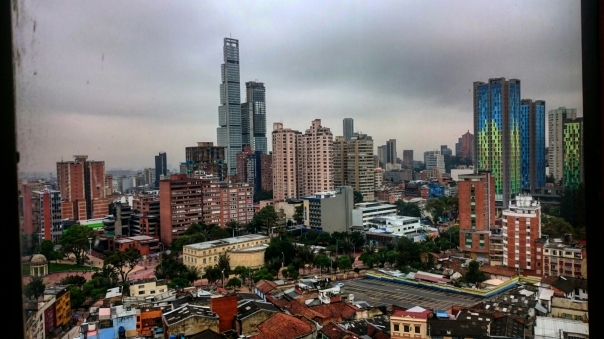 View of the city from Adriana’s apartment in the Candelaria

The route from Sopó to Bogotá put us back on the nicely paved road with wide shoulders, and it was predominantly flat the whole way there. We didn’t have very far to go that day (only 50 kilometers), so we were able to leave Sopó late in the afternoon. I think it was actually after 5pm when we left, so most of our ride was in the dark. After only 20 kilometers we crossed into Bogotá, but it was still another 30 kilometers to get to la Candelaria, where we were staying with Lenin’s former coworker. The traffic in Bogotá was horrible, and we were weaving around the gridlocked cars and buses. Bogotá is full of ciclorutas, and we rode a few blocks out of our way to get to one of these, but it ended up being faster to ride on the road with the traffic so we went back. We made it to our destination quickly, with no snack breaks and no problems. 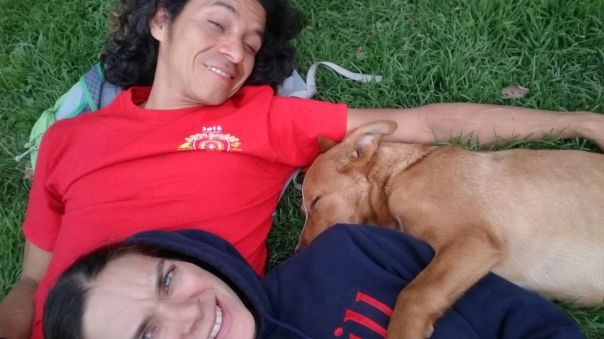 ​In Bogotá, Lenin and I rested, met up with the French girl who we had met in Villa de Leyva, visited thermals in Choachi, enjoyed the higher quality bakeries in the city (including my friend’s donut shop), and biked to parque Simon Bolívar. We also spent a day walking around, visiting bike shops and talking with the owners.

The first and smallest shop we visited was owned by a man who raced bikes in Europe in the 80’s. He gave us coffee and talked for a long time, telling us about the much larger shop he owned a few years ago before robbers stole almost everything he had. Another shop owner and his son told us about how they started the bike polo scene in Bogotá, where everyone began on whatever bike they had. Over time, its popularity grew and people started buying fixed gear bikes more specific to the sport. The guys at this shop build their own bicycles, and they were very interested when we told them about cyclocross. In general, almost none of the bike shop employees knew what cyclocross was. They all though we were talking about BMX at first, which is called bicicross in Colombia. By the end of the day I was so tired of talking to bike shop people and felt so worn out from exercising my brain in Spanish. All I wanted to do was go home and lie down. Churro was clearly exhausted as well, immediately falling asleep on the floor of every bike shop and begrudgingly waking up to move on to the next. None of the bike shops we visited thus far had any cyclocross bikes, and only one of the employees in one shop knew anything about the sport. But then we passed a shop that was actually called Ciclocross, so we had to go in and ask. 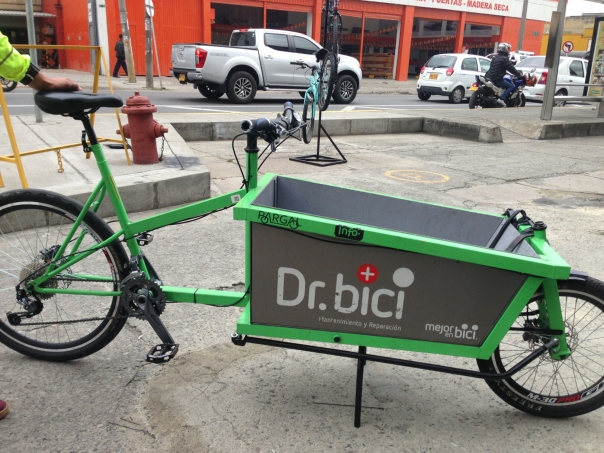 This cargo bike is local to Bogota. We would have liked to try carting Churro around in one of these!

​We walked in, and the first employee we spoke to did what everyone else had done, taking us to the BMX bikes. “No, that’s bicicross! Cyclocross is different!”, Lenin proclaimed, like he had in every other shop. This attracted the attention of another employee, who came over and invited us to follow him into a back room, where he showed us a brand new LaPierre cyclocross bike, still in the box. He said they had already sold over 100 of them. It was expensive, and we weren’t planning to buy a bike, but it was interesting to see what the market was like here. The employee told us that there were a handful of people who were into cyclocross in Bogotá, but most people have no clue what it is.

Lenin and I had been thinking to bring the sport to Colombia, envisioning all the places where we could have races, and how it could be a year-round sport here. We received positive feedback from almost everyone we spoke with, and I think Bogotá would be the place to initiate a cyclocross club if it were to succeed here.​ 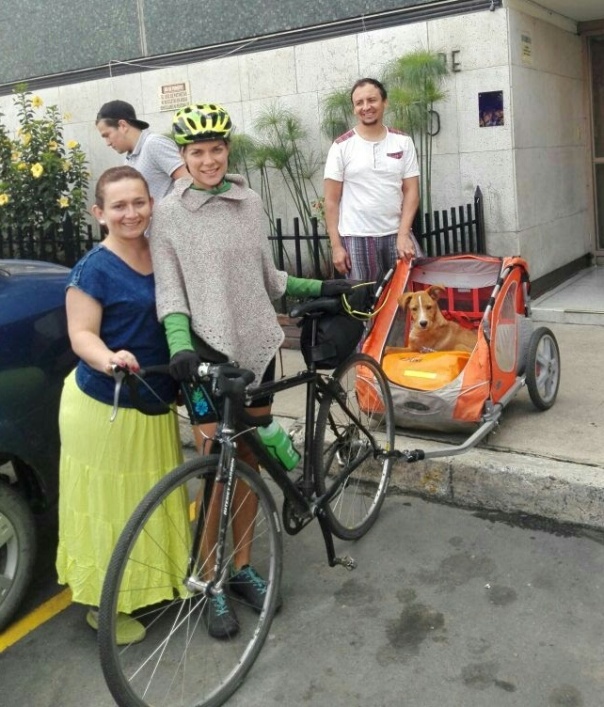 Adriana and her family come out to say goodbye to us before leaving their apartment.